Preparation continues for A Sort of Burial with final tests being conducted at the weekend. We can only hope for weather like we've had this Easter break to help us. Shooting begins on Sunday 5th May. The cast and crew are excited and (nearly) ready.

Switch has gone a little quiet but there's been so much activity elsewhere that preparation for this has had to take a back seat. I am, unfortunately, guilty of taking on too much. However, this year, I did start out with a strong, ambitious plan to really achieve and push my movie making endeavours forward. I'm not broken yet and, nearly five months in, I'm still full of enthusiasm so, so far so good! Besides, Switch was pretty much already set when we had to postpone due to location issues at the easier, proposed shooting date. We're all set for June though still.

Now, onto more exciting movie news. Wake-Up Call, another passion project which has struggled for funding has now been rejuvenated with a fresh plan. We're still after funding, however, the project has now got a dedicated producer on board - Leah Solmaz of newly formed Luna Kaynak Productions. Early discussions are promising and Leah is putting a solid plan together to secure funding and gather a first-rate team to ensure the movie gets made. Our first production meeting, after some promising discussions and exchanges, will happen at the weekend. It is entirely possible that this film could begin shooting in 2019. 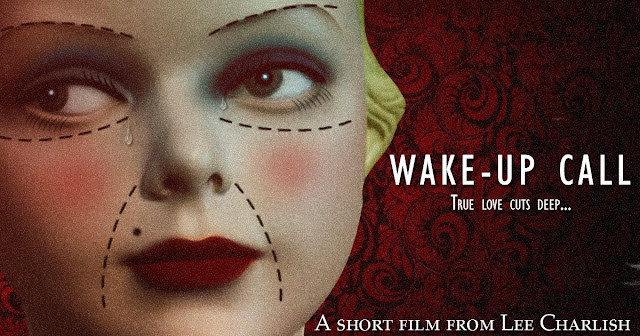 Happenstance, a short comedy I wrote is still very much on the slate of possible productions, but again, it is an ambitious project which will need a recognisable and significant budget to do it justice.

Stay tuned!
Posted by Lee Charlish at 9:39 PM No comments:

A while away from the blog but lots to report.


So, a quarter of the way into the year and two new movies, a live-action horror The Cold Caller and an animation, Waxworks Owner Fumes at Closure, have been completed and are now on their way to festivals for consideration.


The Cold Caller has now been shown at the Profundis Film festival in Salford and will screen in Berlin later this month. It also has a screening on Friday 10th May at the Sunderland Shorts Film Festival, as part of an evening of horror films. It should be good!

Waxworks Owner Fumes at Closure was a real pleasure to put together. It was voiced by the talents of Martyn Luke, Stuart Walker, Louise Gale and me. It is an interesting mix of satire, stupidity, and nonsense, with a strong emphasis on a unique, visual aesthetic. Here’s hoping it’ll do well.  Because of its very ‘Britishness’ it has been limited to UK showings as a lot of the references will not travel well.
In amongst all that hoopla and ballyhoo was a nice award win at the Midlands Movies 2019 awards.

I picked up Best Animated Film for Return from the Moon, which was a real surprise but very welcome. It was a great night and it was good to be in the company of such talented filmmakers and creatives from across the region in a well-run and fun evening.


And so, what next? Due to location issues we had to postpone our March filming date for Switch, a humorous con movie, but a new date has been set with a great location secured. However, before that, in May, we are due to film the black-comedy, A Sort of Burial, which boasts a strong ensemble cast of Marian ‘Mazzy’ Elizabeth, Martyn Luke, Harrington Day and Mark Hancock. We are really looking forward to this one and I’m hoping it’ll prove to be a success on the festival circuit, with audiences enjoying it around the world. 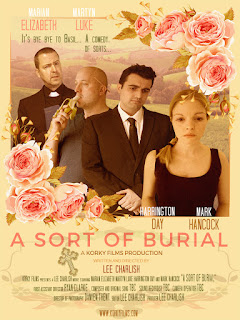 In other news, I am now actively looking for a Producer to help get my movie Wake Up Call produced and, hopefully, funded. This will mark a real move towards producing a short film which will clearly demonstrate my true artistic ‘voice’. However, lots to do and achieve before then and it might never happen, unfortunately.


Stay tuned!
Posted by Lee Charlish at 5:30 PM No comments: