Korky Films will be present at the Midlands Movies Awards 2019 on Saturday 2nd March 2019.

We are up for four awards, but regardless of the outcome, we're thrilled to be included amongst the region's top filmmaking talent. It should be a great night. 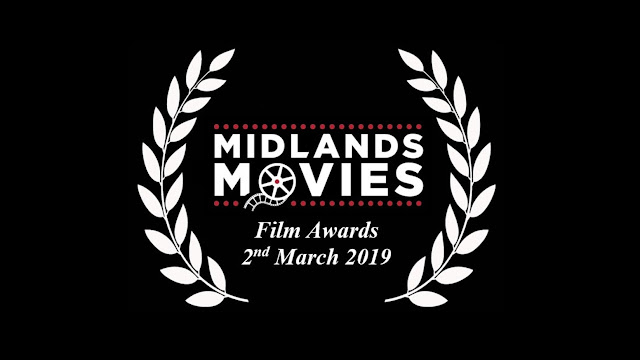 Posted by Lee Charlish at 10:40 PM No comments:

A new animation, Waxworks Owner Fumes at Closure is now well underway and some great voice-work has been completed by Martyn Luke, Stuart Walker and Louise Gale. 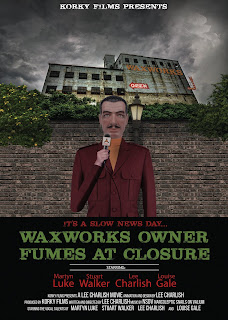 Work will stop for a short while why I turn my main focus to Switch, a new live-action comedy which is due to be filmed mid-March. Again, there is some great acting talent involved and we're hopeful that the story and performances will be a hit.

When it falls off the back of a van, there are no guarantees. A local con-artist tries his luck with a clever scam.

Also planned for late Spring is another short, A Sort of Burial. A live-action comedy which is in pre-production and casting decisions still have to be finalised.

Alistair is late for the funeral and Carla is annoyed. Her loyal, family friend is gone. The Vicar is starting the service and Harry the fencer has a job to do. This is the story of Basil’s final send off.

In amongst all of this, I will be updating the Korky Films website completely with a total overhaul.

Stay tuned!
Posted by Lee Charlish at 10:35 PM No comments: