The final edit, sound mix and grade was completed on The Cold Caller at the end of January and on 25th January 2019 it was officially released. It has now been submitted to various, hand-picked festivals for consideration and I have a few other ‘competitions’ to put it forward to. Exciting times!


Again, big thanks to all involved. We are very pleased with the movie and hope it gets in front of many appreciative audiences. More updates will occur on social media and on this blog, as and when notifications are received. 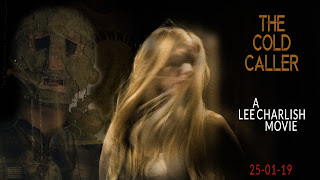 
I am extremely pleased and proud to announce that both Scarecrow and Return from the Moon have been nominated for awards at the annual Midlands Movie Awards. Last year, the award ceremony became a ‘physical’ event after being held online previously (in 2017). Luckily, I won Best Animation in 2018 for ninetofive. This year’s nominations are:


Best Animation – Return from the Moon 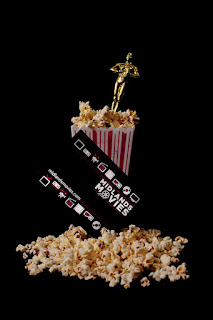 It gives me a great buzz knowing that my mum is part of the awards consideration. Her stitching and crafting of the scarecrow's mask really helped the production and to forge the desired look for the eponymous character.


Michael Sales of Midlands Movies does a great job in championing efforts of local filmmakers, cast and crew, and whatever the result, we are sure to have a great and memorable night.


The awards take place at Hansom Hall, Leicester on Saturday 2nd March. Again, updates on the evening will appear on social media and on this blog.


I can now finally reveal details of my next project. It is a short comedy movie - Switch, with an expected runtime of just over two minutes. It is a two-hander which has now been cast and the crew have been assembled for a shooting date mid-March. Updates will appear on social media and here, and I will design a poster for promotional purposes soon. Stay tuned!


Keep following and if you do read this blog, spread the word.
Posted by Lee Charlish at 6:41 PM No comments: